The College of Veterinary Medicine, Animal resources and Bio Security (CoVAB) has a new Principal.  Prof. Norbert Frank Mwine replaces Prof. John David Kabasa who has been at the helm of the College since 2014.The College witnessed the hand over yesterday Wednesday 9th February during an event held in the Biosecurity center, witnessed by Academic and Administrative staff and well-wishers. 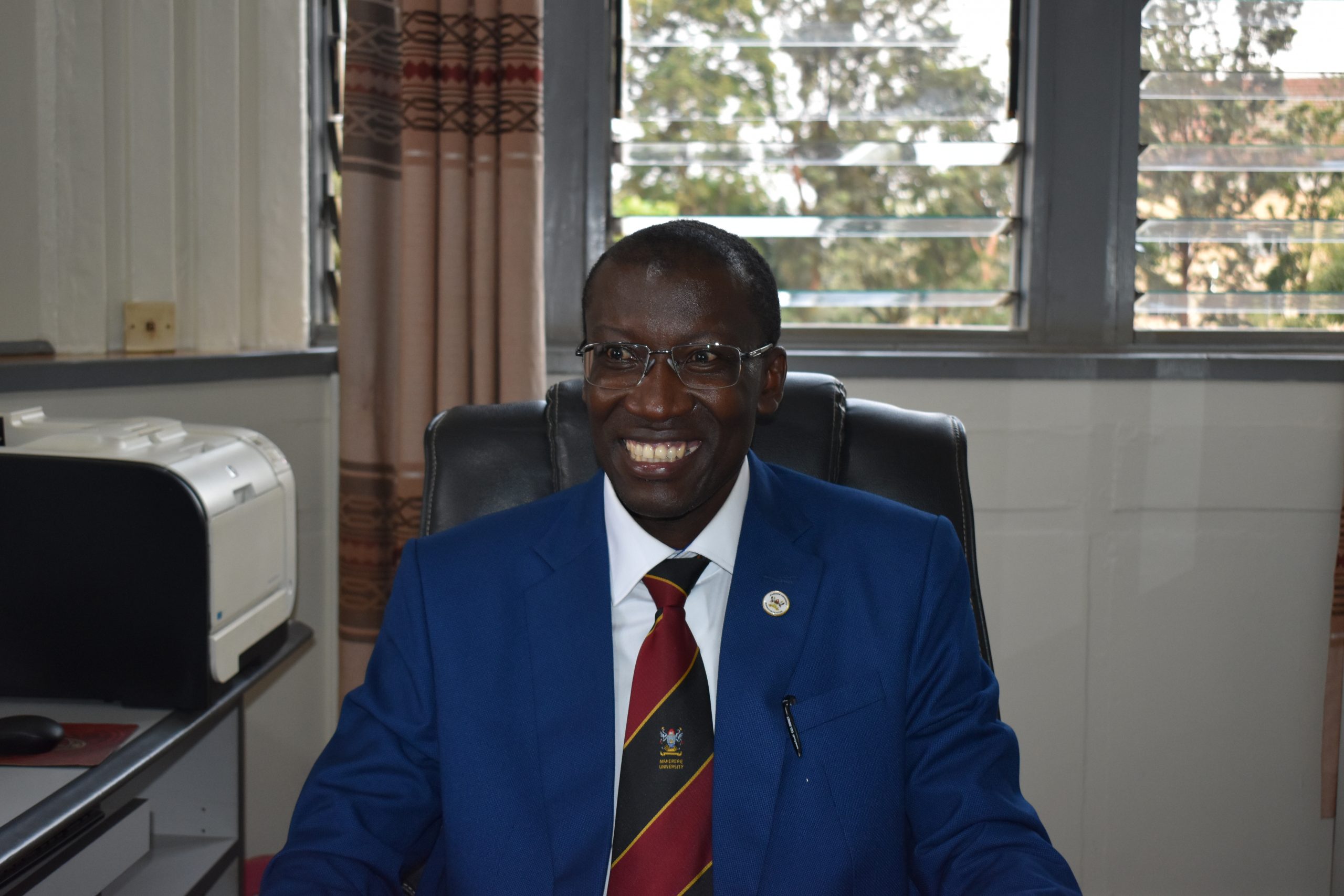 In his hand over remarks, the outgoing Principal Prof. John David Kabasa extended his appreciation to the entire CoVAB family for believing in him and giving him the chance to lead for two terms which opportunity he said, made him realize a number of accomplishments personally but also for the College. 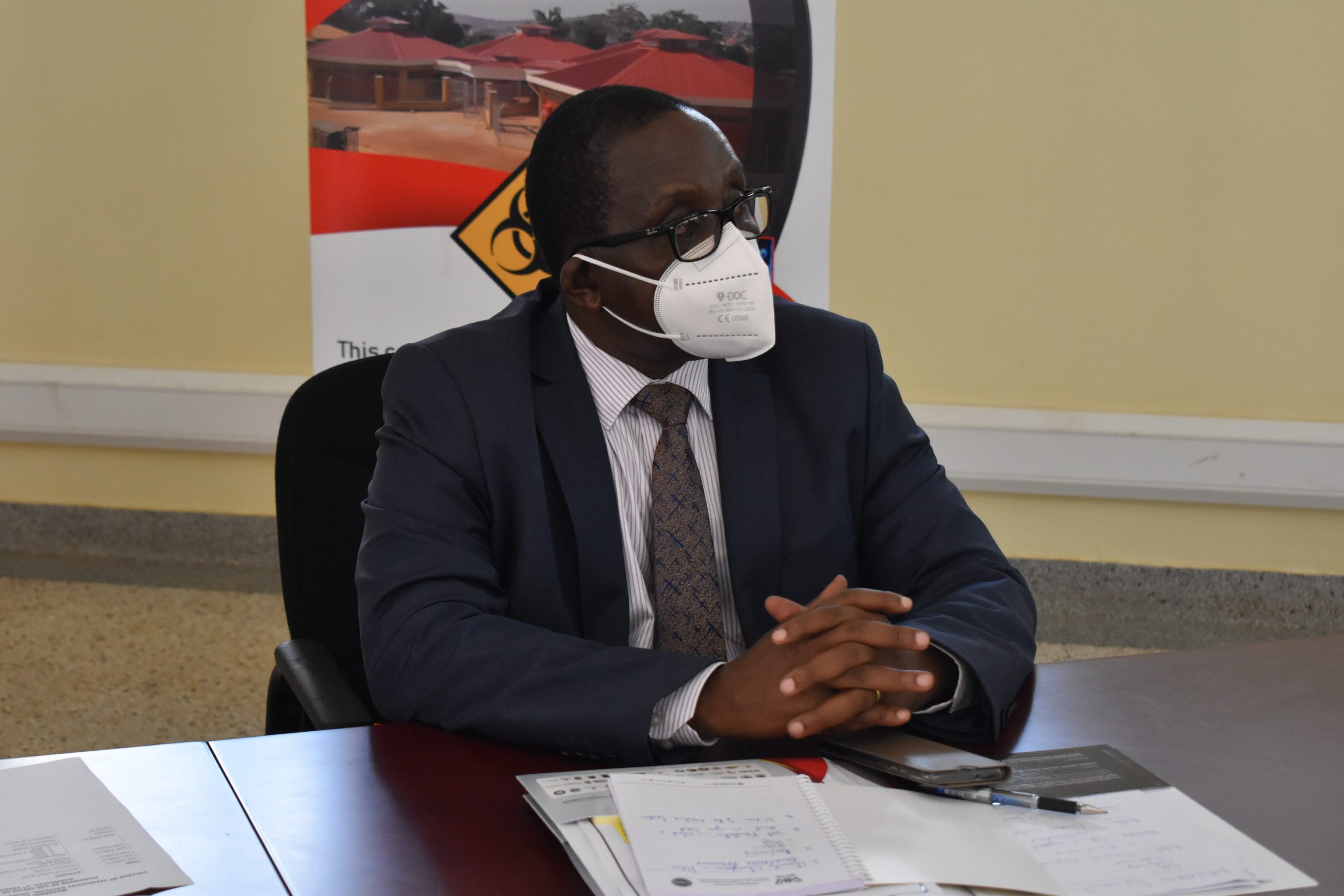 ‘I have been in a transitioning group and you have made me.  I only positioned myself and started showing and leading you in doing this and the other,” he said adding that holding the position of principal has also been hard work and came with a lot of sacrifices.

While referring to the history of CoVAB and his contribution towards its growth towards the present 50 year journey, Prof. Kabasa said the foundation was laid in the 1920s by the Whites whose main preoccupation then was to produce Veterinary graduates who would care for animals for their consumption.  He said over time, the College realized a number of changes including the expansion of the programs offered, a process to which he passionately contributed during his tenure as Principal. 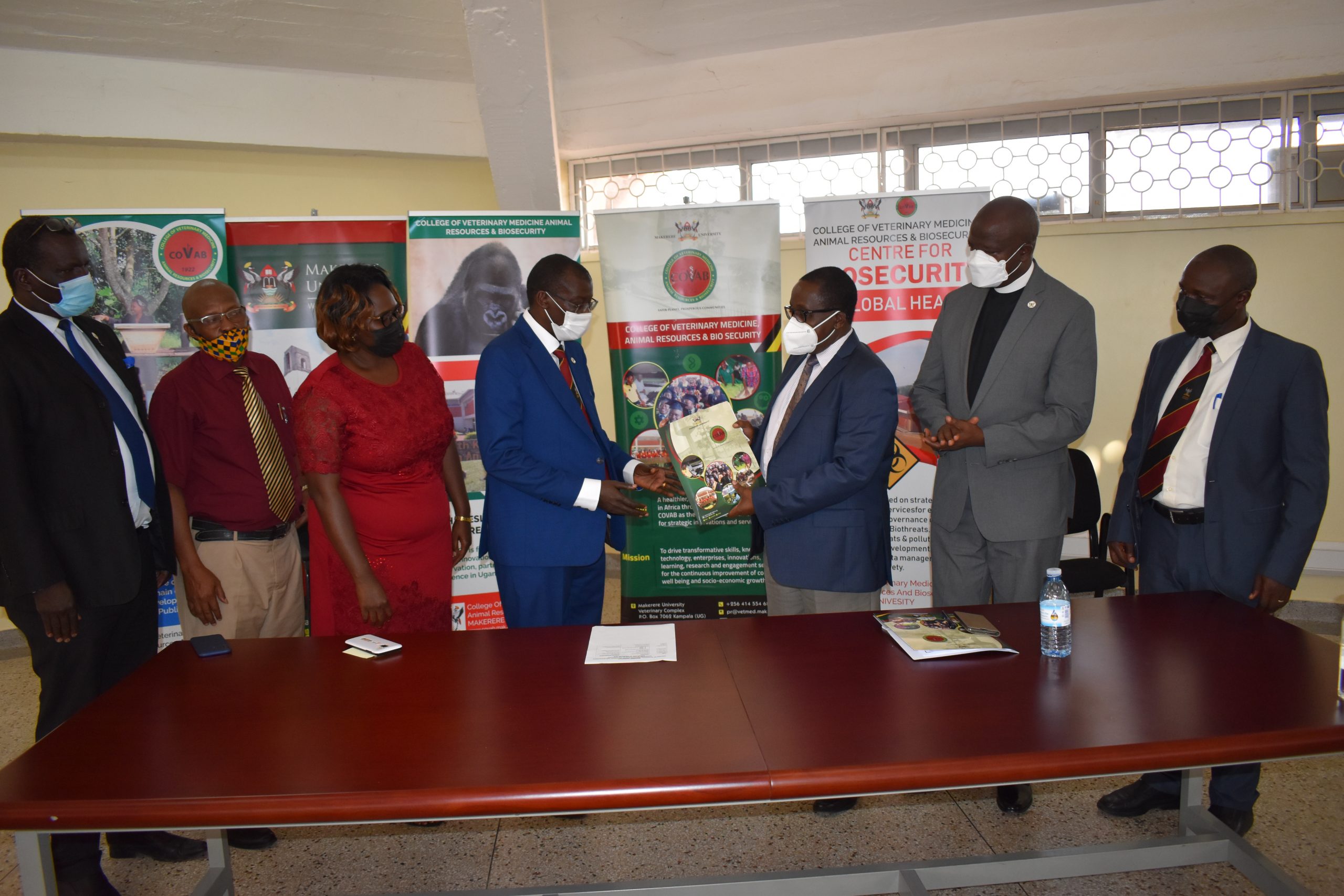 Prof. Kabasa outlined some of the guiding principles that have helped him as a leader in the college and these included justice and fairness as premised in the common adage ‘Do unto others what you want them to do for you’ .
While congratulating the incoming Principal, Professor Kabasa advised that leadership demanded that one knows the direction to take, the process to follow and remaining focused on the vision.  He advised that as a leader he had to adopt the practice of allowing people be who they are, adopt the practice of forgiving coupled with following his energy and passion.

‘As a shepherd you know where the pastures and water are, the flock may be stubborn but use the shepherd stick and move on….’  he said adding that with a clear sense of direction, the College was destined for greater heights.

Kabasa said as a leader, he kept learning from others and that both positive and negative feedback was a learning experience for him. While referring to the university motto “We build for the future” Prof Kabasa noted that building for the future required establishment of institutions which have rules and guidelines. He said the same institution will offer increased employment opportunities and cover the service gaps as the case is in CoVAB. 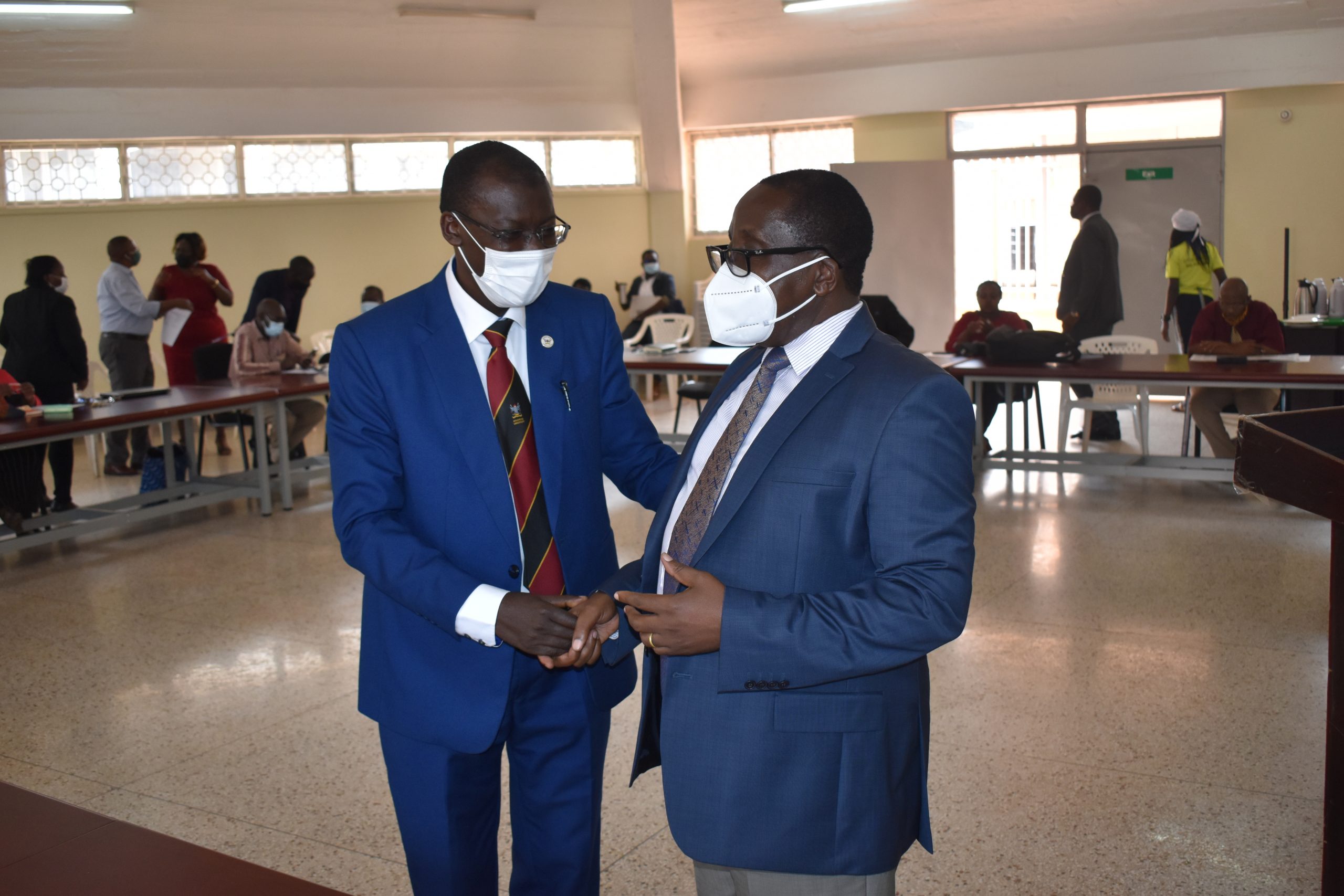 Professor Norbert Frank Mwine on his part as the incoming head extended his appreciation for the peaceful transition of leaders and commended the outgoing principal for his roles as a mentor and his personal traits of being accommodative and a good listener.  He said the college was in the past known for dismissing students and that through the leadership of his predecessor, the trend changed and students on the program no longer felt terrorized. He said veterinary professionals were leaders and asked all stake holders to join him in his efforts in building a stronger institution. 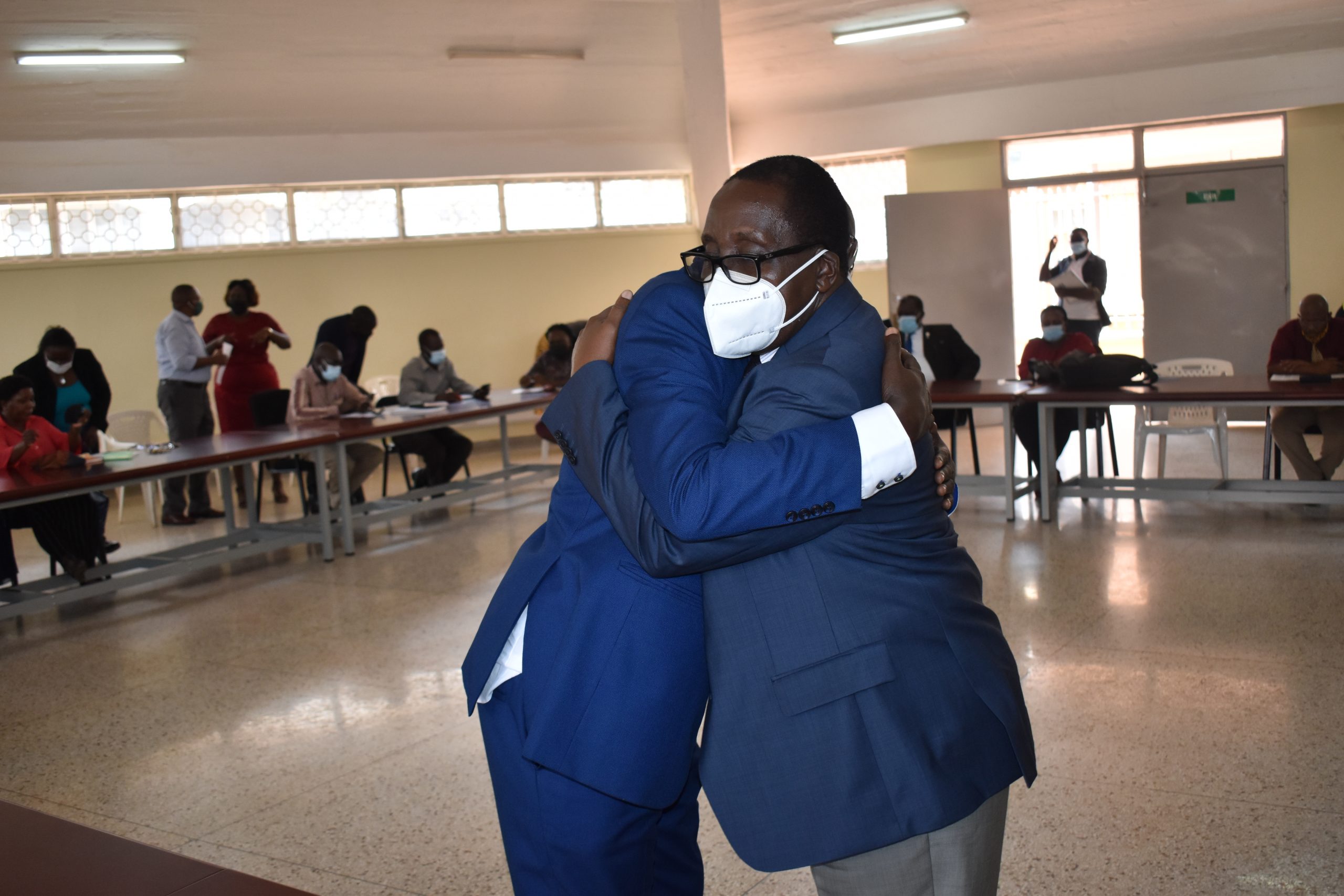 A hearty embrace by outgoing and incoming Principal

Prof. Mwine applauded the tremendous achievements realized in the College citing the example of grants and infrastructural development and pledged to build on the existing strength by adopting an open door policy that will see him welcome counsel and guidance in areas like financial management and other key areas.

‘I am your servant not your boss’ he said, and pledged to be an enabler by adopting a servant leadership style. He encouraged the stake holders in the college to improve on communication in order to improve the relationships with each other and the students.

Prof.  Mwine said Veterinary as a sector was regarded as one of the best available options recognized by the Ministry of Agriculture, Animal Industry and Fisheries (MAAIF) that can bring people out of poverty. He however observed that the college was still under producing given that training a veterinarian was costly.

During the event coordinated by the Principal Human resource Officer, Godwin Okiror, a number of staff represented by the head of departments appreciated the outstanding contribution made by the outgoing Principal Prof. John David Kabasa and pledged commitment to work with the incoming principal Prof. Norbert  Frank Mwine. 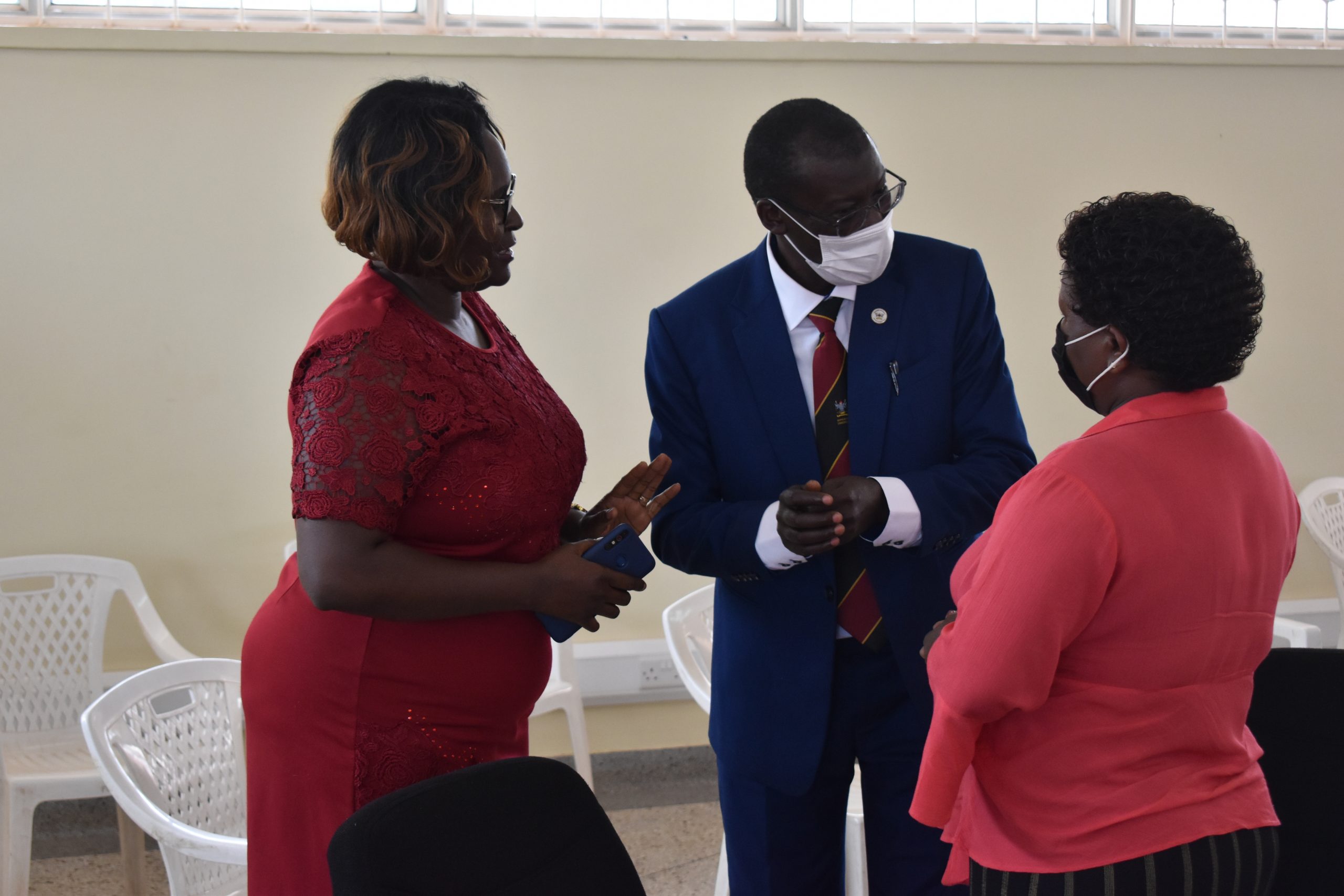 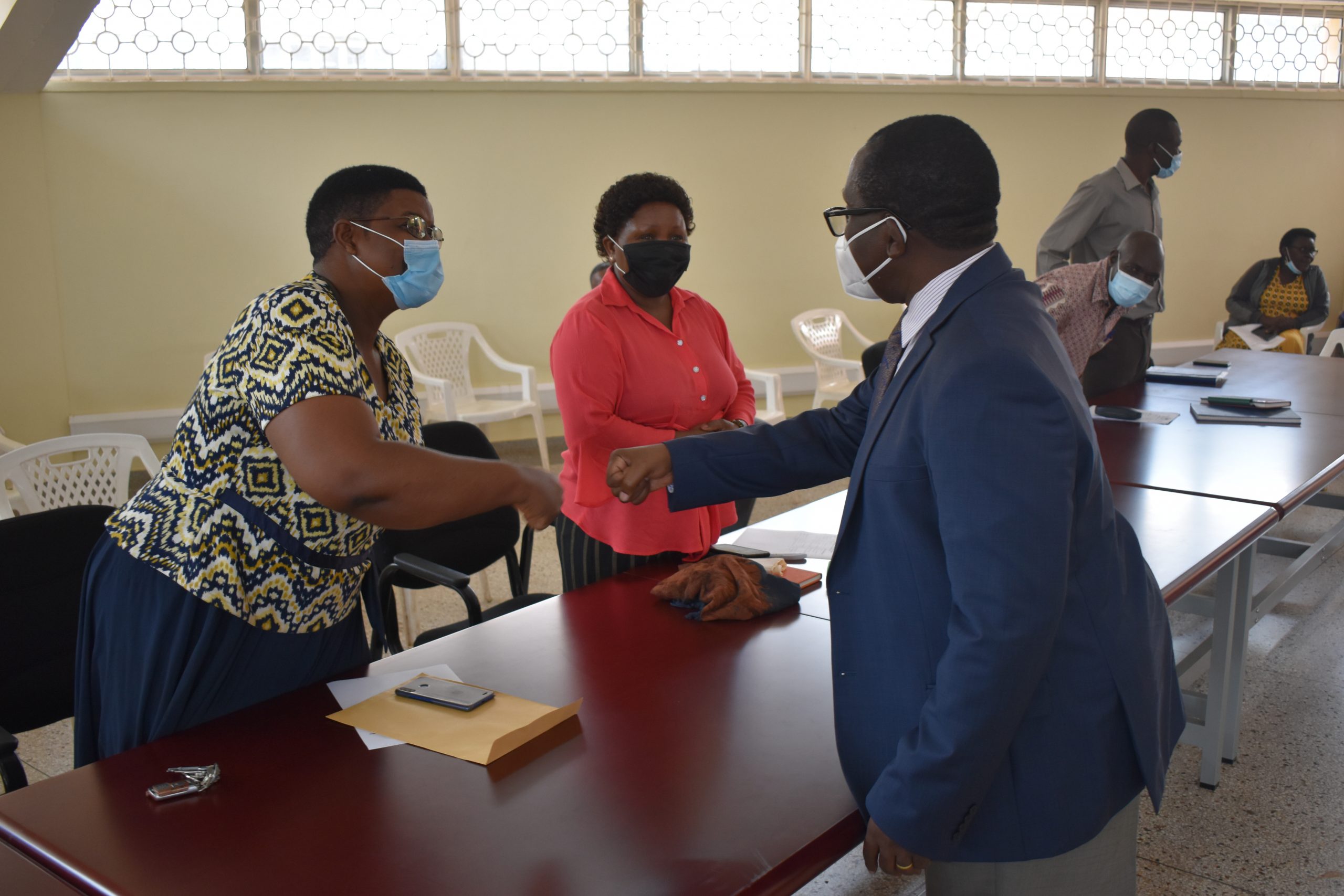 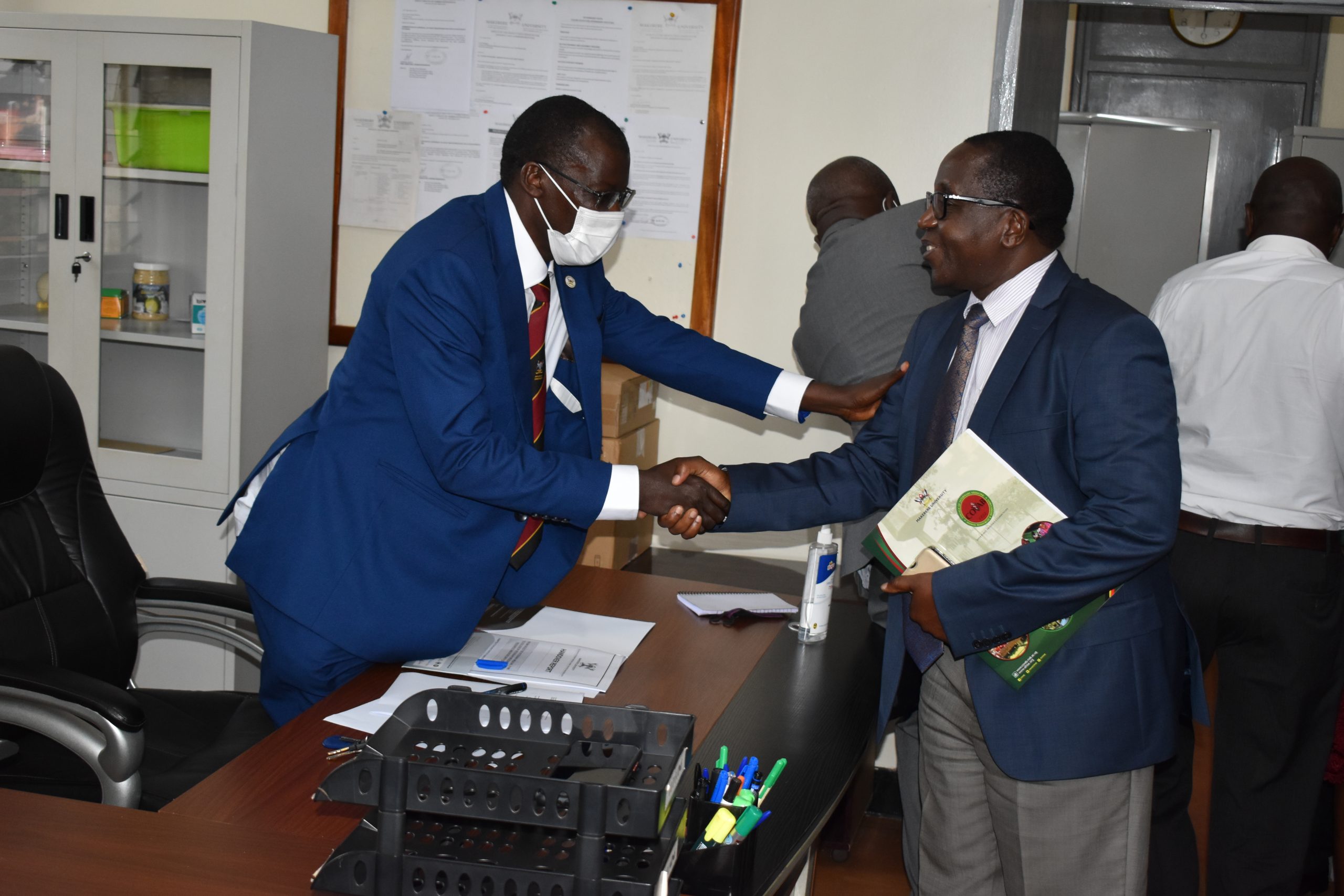 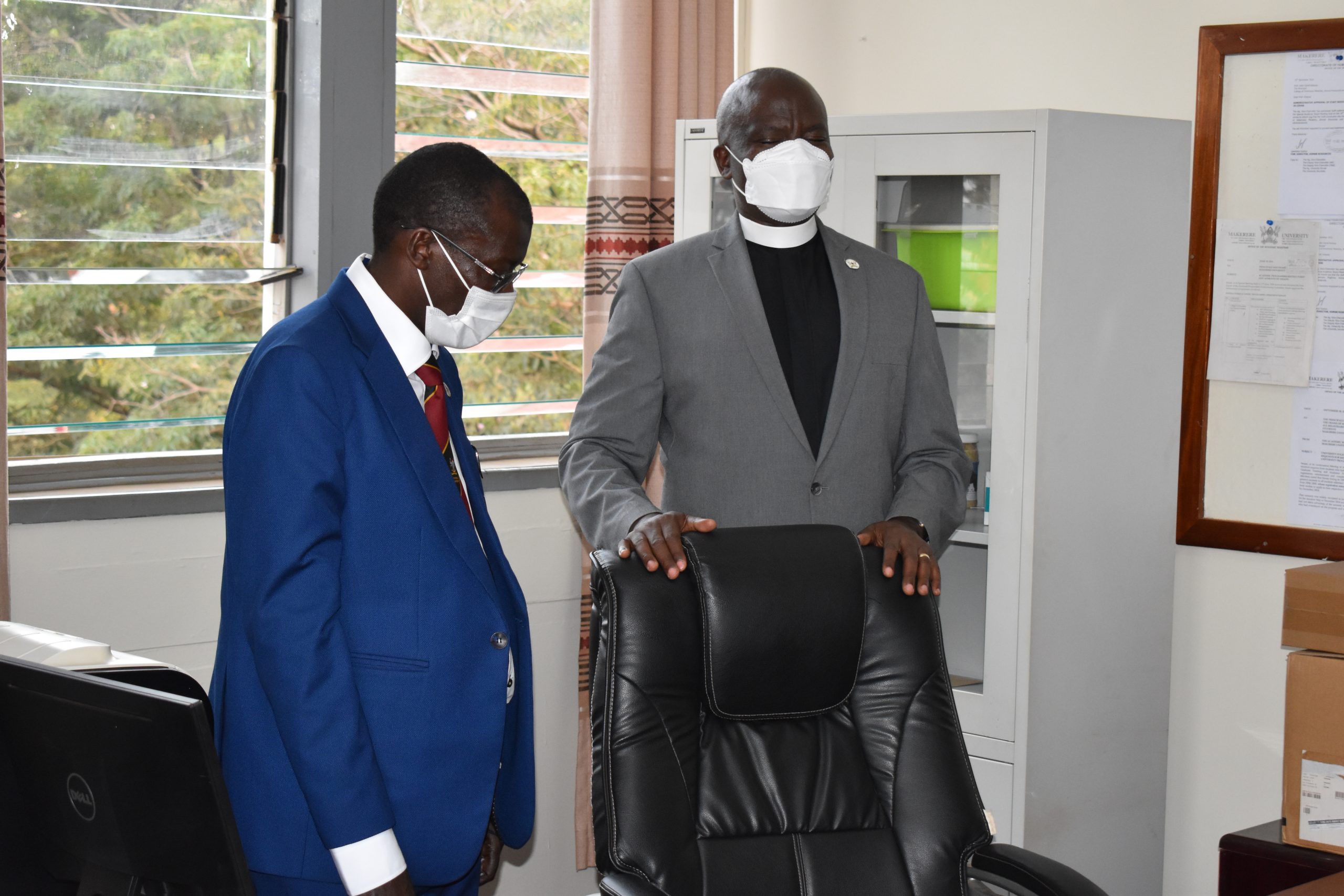 Rev. Onesimus Asiimwe leads a prayer of blessings for the incoming Principal’s seat.