The Principal College of Veterinary Medicine, Animal resources and Biosecurity (COVAB), Prof. Norbert Frank Mwiine assumed to the position of Chairperson Africa Institute for Strategic Services and Development (AFRISA) Board of Directors following the handover by the outgoing Chair Prof. John David Kabasa

The handover was held on Thursday 15th September 2022, in the Rotary Peace Centre at Frank Kalimuzo Central Teaching facility. It was witnessed by a number of key stakeholders that included the Board members and members of the University management. 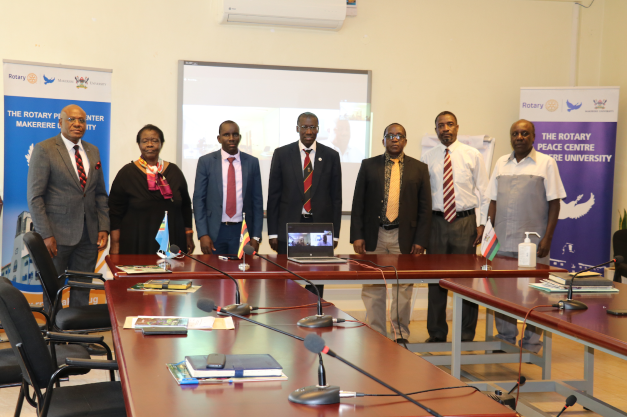 In his remarks as incoming Board Chairperson, Prof. Mwiine commended his predecessor Prof. John David Kabasa for ensuring that knowledge was transferred from shelves to communities through industrial skilling. 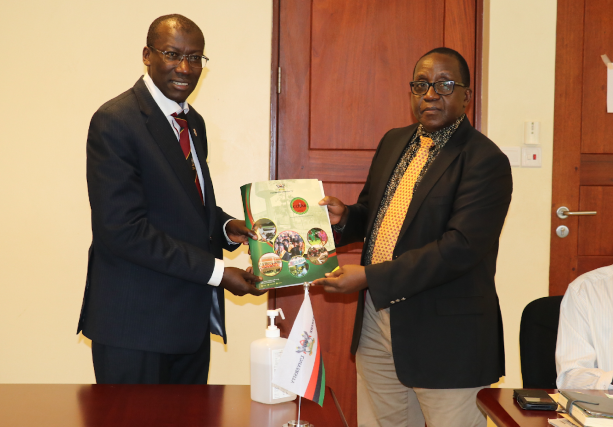 He explained that as provided by AFRISA Articles of Association, the Principal for the College of Veterinary Medicine, Animal Resources and Biosecurity (CoVAB) is the Chairperson of the Institute’s Board of Directors, and hence his assumption to the office. 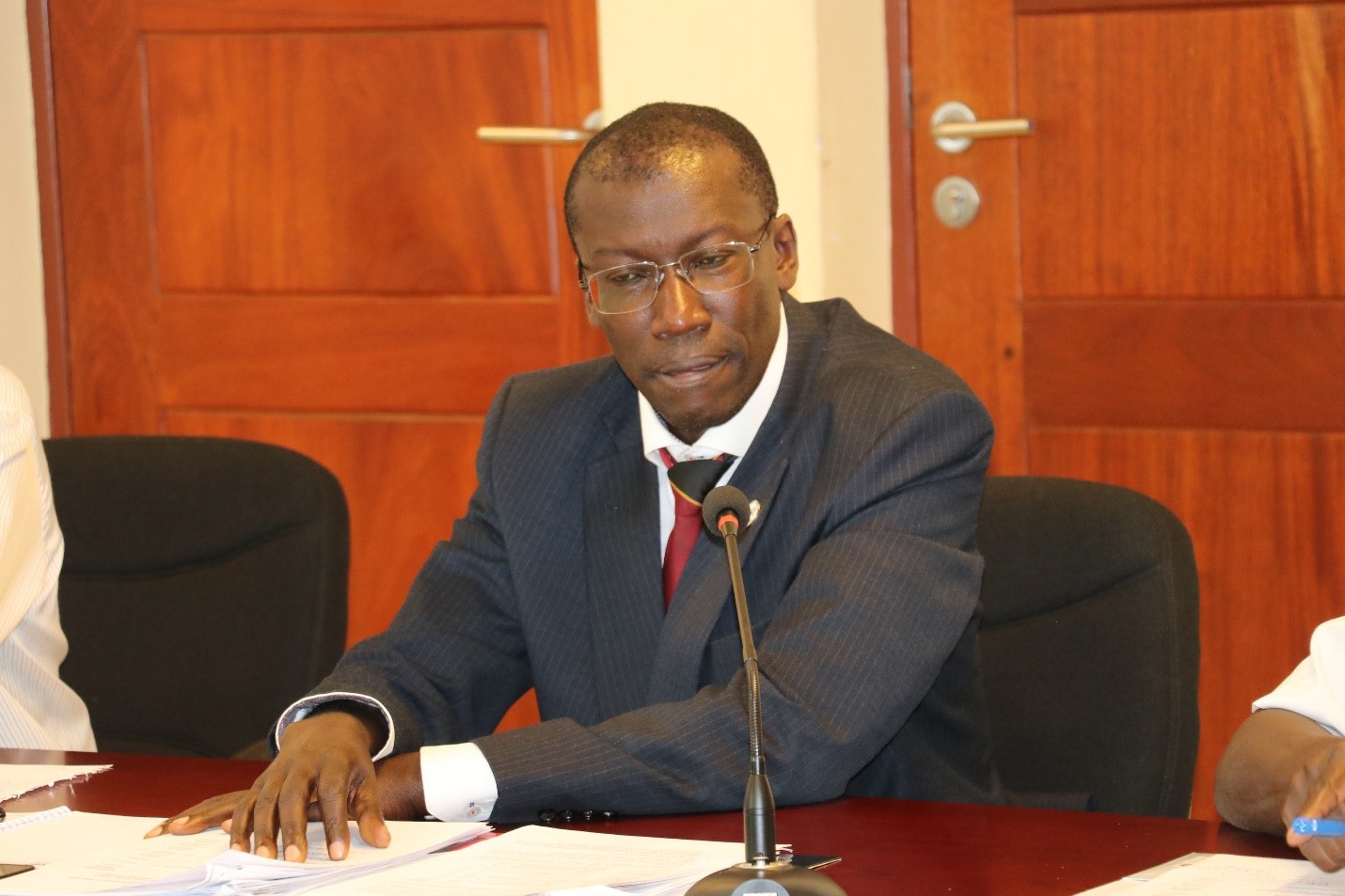 In his handover remarks, Prof. John David Kabasa who is also the Principal Innovations Director in AFRISA took time to explain to the persons that witnessed the handover some brief background of the Institute and the journey it went through in building industrial communities that can be seen today.

“AFRISA initiative came about as a result of directives by His Excellency the President of the Republic of Uganda for Makerere University to design innovations that would appropriate Prosperity-For-All agenda and address the burgeoning challenge of perpetual poverty, peasantry and youth unemployment,” said Prof Kabasa.

He narrated that on 18th December 2006 at State House Nakasero, H.E the President of Uganda held a meeting with Makerere Faculty of Veterinary Medicine (FVM) academia. Subsequently, in 2007 and 2009, H.E, in four separate communications, directed major reforms in the Veterinary, Animal and Agricultural Education, Research and Extension systems. 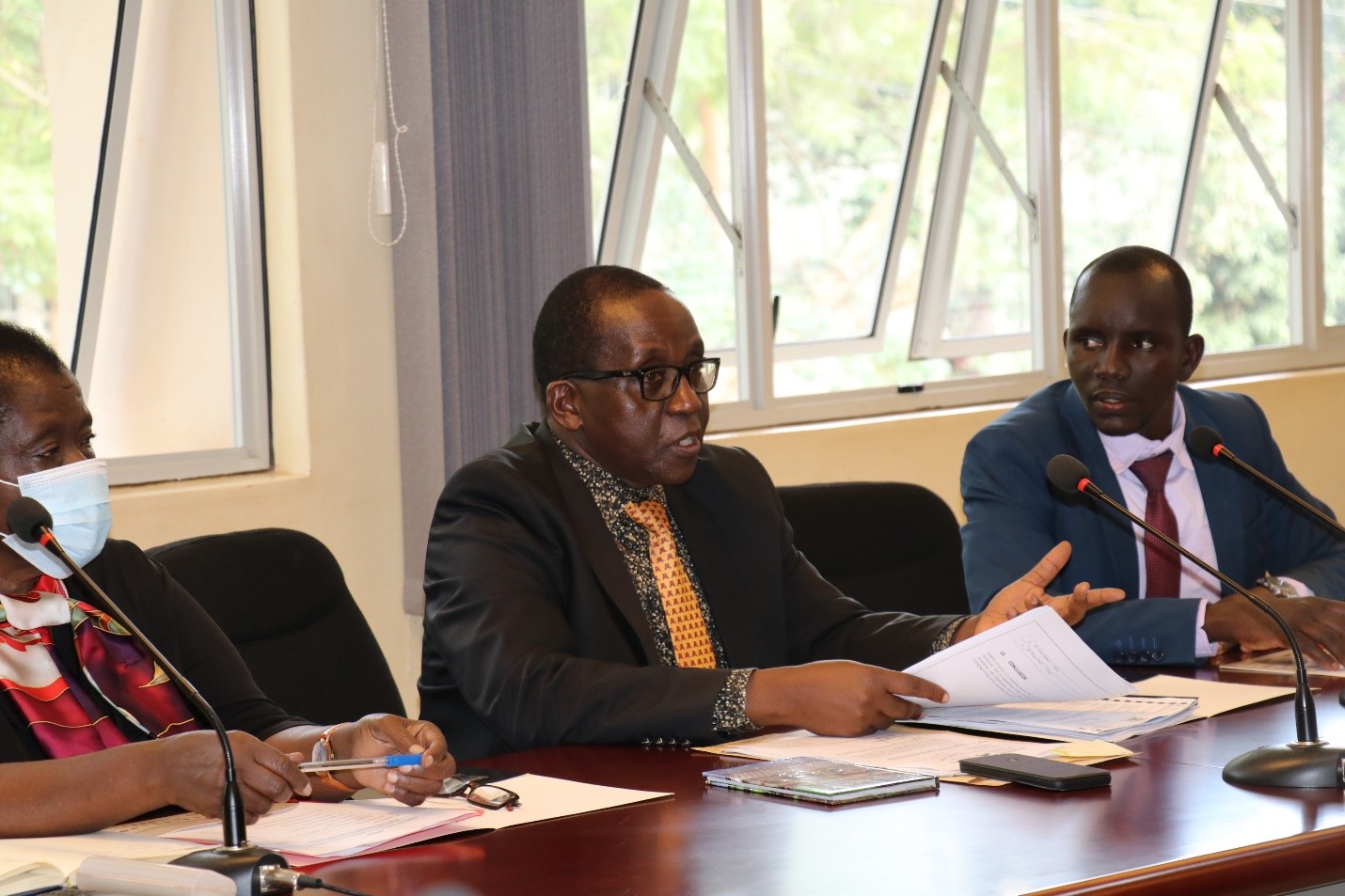 Subsequently, Africa Institute for Strategic Animal Resource Services and Development (AFRISA) was established by the Makerere University Council in March 2010. He said AFRISA is a Not- for-Profit, semi- autonomous, Academic-Community-Public-Private Partnership (ACP3) engagement platform; guaranteed by the Makerere University Council. It is an innovation institution that advances industrial value chain and development education in Africa by using the SPEDA (Skills Production Enterprise Development and accreditation) Model which links Education into Production and employment.

He said through the SPEDA Model, an advanced Diploma was established for skilling industrialists. He said that AFRISA as an innovation of Makerere University also established Industrial Certificate Programs and has so far trained over 3900 industrialists. 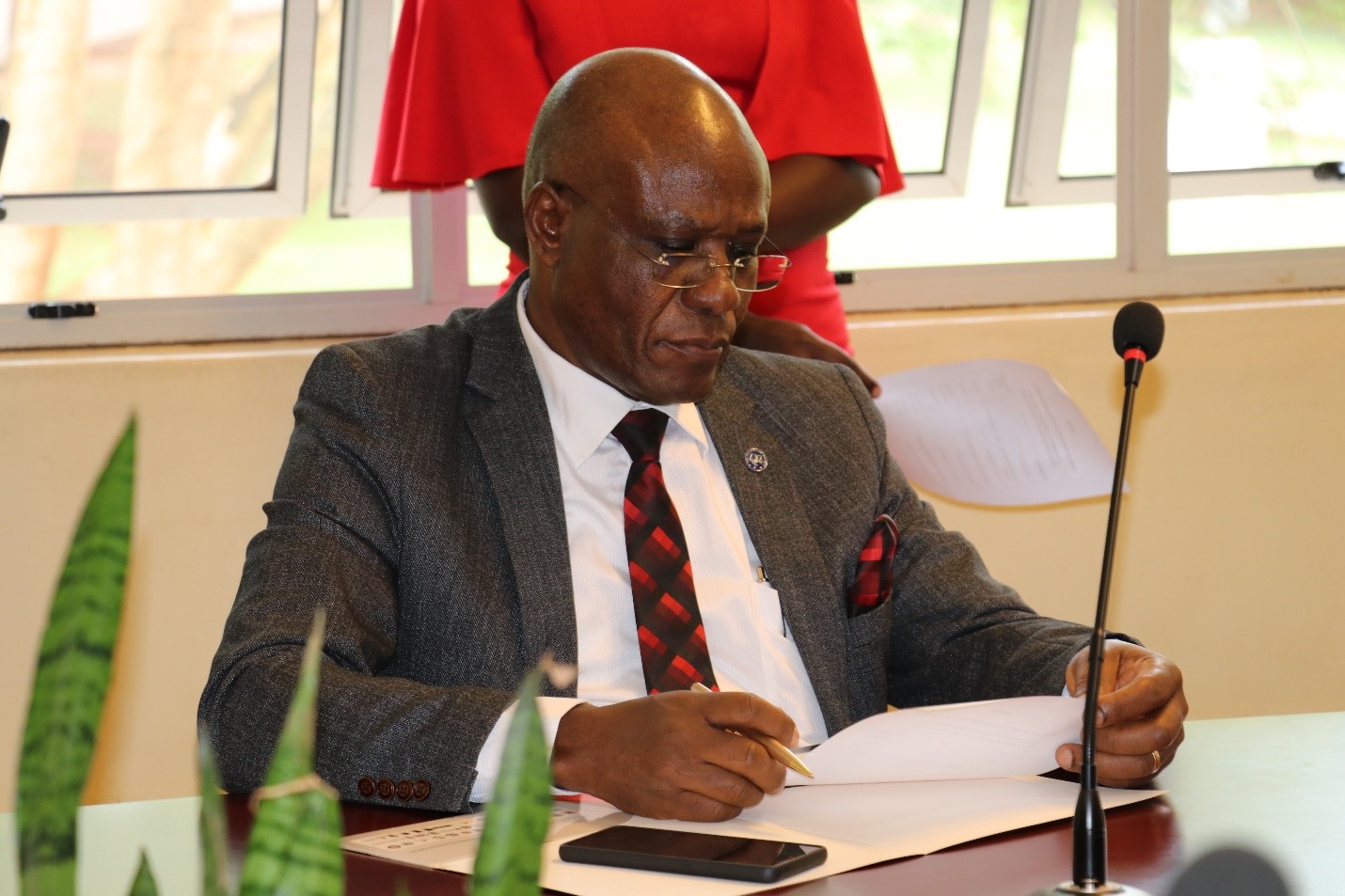 Mr. Goddy Muhumuza, a Principal Legal Officer who is also a Board member congratulated Prof. Mwiine for the appointment as Principal CoVAB and subsequently the head of AFRISA. He further guided him that the mantle was now in his docket to ensure that AFRISA continues to thrive and keep up the pace at which it was growing. 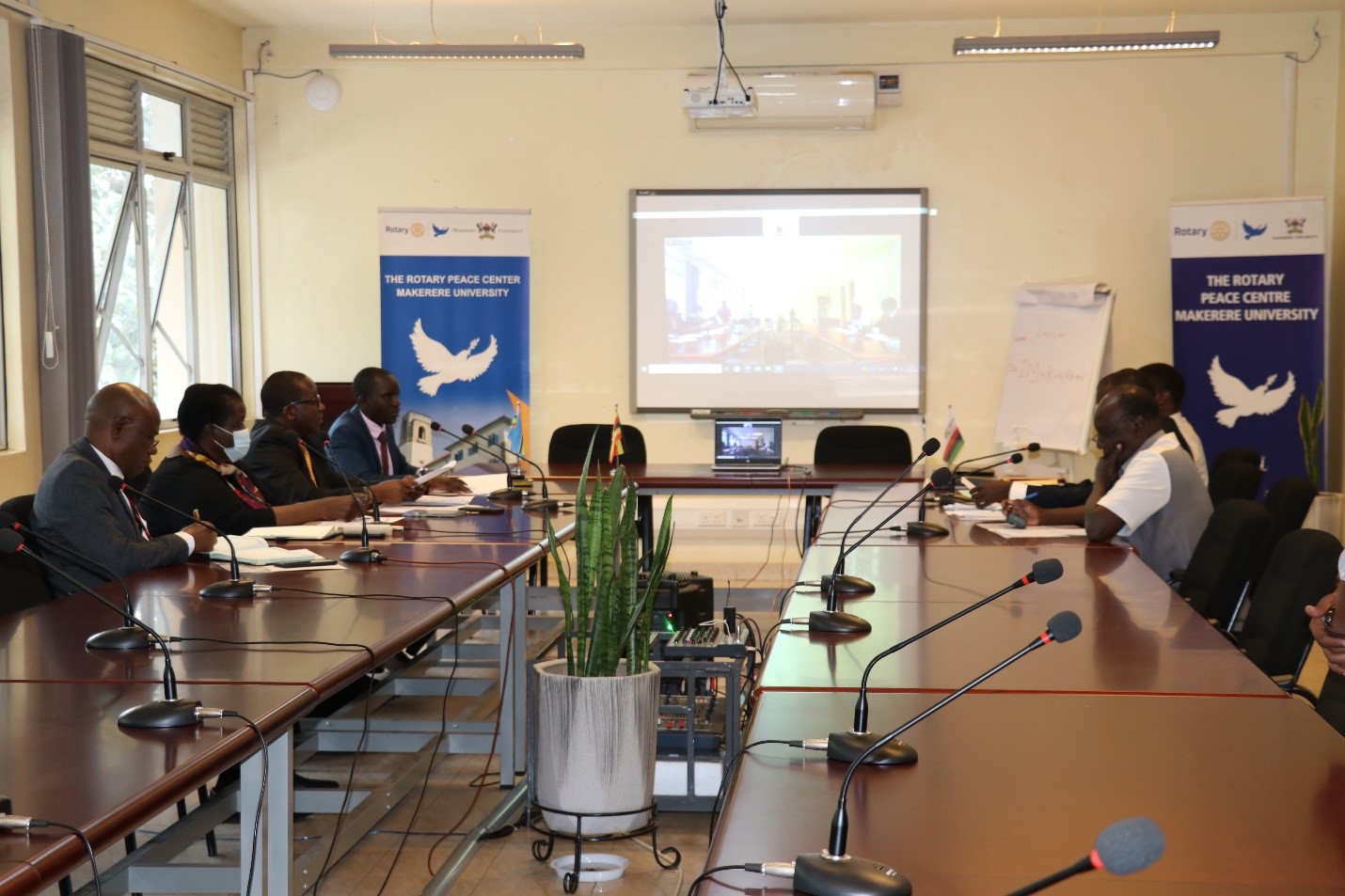